When peace was declared on August 15th 1945 to end World War Two many servicemen and women returned and settled in the Mallala area. Some of those who were eligible to join the R.S.L. did so, and attended meetings at the Long Plains sub-branch of the R.S.L., there being no sub-branch at Mallala. Late in 1946 an application was made to form a sub-branch at Mallala which became official on 1st January 1947. The first officers were President Mr. D.A. Moody, and secretary/treasurer Mr Lance Maddern.

As a result of increased membership and some returned servicemen from Wasleys also joining up, it was evident that a clubhouse was required at Mallala in which to hold the meetings. At this time the meetings were being held in the Mallala Institute. To build a suitable clubroom a considerable sum of money was needed so members set about raising money. After some negotiations Bruce and Bryan Farrelly offered some of their land for share-farming. This offer was accepted and for the following three years members prepared the ground, then sowed crops and harvested them. The project was very successful and a considerable amount of money was raised. There were also smaller amounts raised by members or the wives and families.

On 3rd November 1953 an approach was made to the District Council of Mallala to build clubrooms on the property owned by the District Council on land known as Mallala Park. On 8th March 1954 the agreement was tabled and signed. In early August 1954 the clubrooms were being erected by H & B Hutchins of Gawler. It was 52 ft long by 24 ft wide to be built of concrete blocks with an iron roof. Mallala Council agreed to a loan of 200 pounds to furnish the building. The clubrooms were officially opened by Mr A.J. Lee, now Sir Arthur Lee, on 21st September 1955. Mr D.A. Moody was awarded Life membership on Feb 15th 1957 in recognition of his service to the Mallala R.S.L.

A Salisbury temporary home was purchased in 1962 and attached to the rear of the building to serve as a kitchen and store room. This was inadequate for purpose and in 1970 a new brick kitchen, toilets and bar were added to the rear of the building. In 1972 further additions were made and a lounge area added to the western side of the building. Cabarets were the main source of income with the first one held in the Mallala Institute in 1965 and following that they were held several times a year in the clubrooms. A piano was purchased in 1957 and upgraded to a better quality in in 1968. In 1950 a Legacy ward was adopted resulting in an annual donation of 50 pounds. In 1960 the Long Plains sub-branch closed due to insufficient active members and the remaining ones were welcomed to the Mallala sub-branch.

On 14th September 1980 a stone cairn and plaque were unveiled by Air Commodore AFC to commemorate the existence of a RAAF training base at Mallala during World War Two. Immediately after, an Honour Roll was unveiled at the RSL Clubrooms honouring the men and women who served from the district in World War Two. In 1984 the membership was smaller, but members were able to continue with activities and maintain an interest in various organizations in the district.

The sub-branch has been actively supported by the R.S.L. women’s auxillary which was formed in the 1950s, with Mrs S.C. Williams as president and Mrs Betty Moody as secretary. It lapsed in 1959 and reformed in 1970. During the years much of their income was derived from catering for wedding receptions and dinners etc. Subsequently the members have been able to purchase many items of equipment as well as helping with the maintenance of the building.

The above article was written in 1984. In 2020 the Mallala sub-branch of the R.S.L. continues to operate. A recent drive for members has seen great enthusiasm from people of the district. In 2020 the President is Ray Coleman and the secretary Martin Wellar. 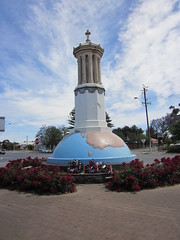 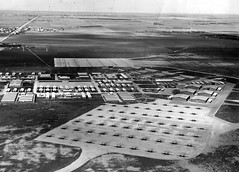 Do you remember Mallala sub-branch Returned and Services League ? Then Join up and add your memory here.

This page was last modified on 8 May 2020, at 14:42.Text on this site is available under the Creative Commons Attributions/Share Alike licence; additional terms may also apply. See our Terms of Use.
About Now and Then | Places | People | Events | Organisations | Things | Contact us