Maureen Antonette Heath (nee Wood) was born on 5th November 1922 to parents Alfred and Mary Wood (nee Power) of Avon, South Australia. Maureen was the middle daughter with Connie born in 1919 and Enid in 1938.

The family was quite isolated but Mary (who had been a school teacher) loved books and wrote and sold short stories which brought in a small income. Books arrived regularly by train from the circulating library and were enjoyed by mother and daughters. Maureen completed Grade 7 at the Avon School but had to sit her Qualifying Certificate at the larger Balaklava School.

Finances were very tight but assisted by a friend of her mother, Mother Evangelist, Maureen was able to attend secondary schooling at St. Scholastica’s Mt Barker S.A. Initially she was very homesick but soon made friends and enjoyed her years there as she passed all her exams. For a period of time Maureen was a nanny to a relation’s two year old daughter and lived with the family in a lovely home on the Somerton Esplanade. Maureen then made the decision to train to become a Primary School teacher.

Maureen writes: “It was 1942 and the war was getting a steam up so our teacher training course at the Adelaide Teachers College on Kintore Avenue Adelaide S.A. was compressed and we had a heavy work load. However teachers college was great fun! We were trained to take over the small rural schools as many male teachers had left to join the Armed Forces. The main lecturer trained us in all aspects of running a rural school from cleaning the toilets to writing many reports. The teaching was straight forward as you only had to follow the text books. The war was far away and life was fun for an 18 year old!

My first appointment was to Kappakoola School, Eyre Peninsula South Australia. This settlement was situated about 15 k.m. south west of Kyancutta. The school was a small weatherboard building with a shelter shed, toilets and very few aids for the teacher. The idea was to provide a small number of families with a basic education. The one teacher school only existed for a few years and there was only one teacher in charge before me. When I left, the building was moved to Wudinna E.P. to become a library at the new area school.

I was a pretty raw teacher and the parents were loving and caring and the children were happy and helpful. One of the parents gave me a good home and I shared a bedroom with the two daughters. The husband kept my bike in good repair so that I could ride to school during the week and to social events during the weekend. One of the hardest jobs at school was helping the children with raising money for their Patriotic fund which entailed bagging up bones, wool from the dead sheep and all sorts of rubbish.

The Fitzgerald family provided my second home and they took me to Mass at Kyancutta. In the afternoon we would go Kangarooing through the low scrub and I would ride the Arab cross pony. Some weekend I spent with the English family who kept the Kyancutta shop. There was no shortage of dances and balls to attend and we got there in many ways. During the war the farmers didn’t lack for food, but many things like sugar, clothing and petrol were rationed. Mosquito netting was available, so many very attractive evening gowns were made by the young ladies from dyed mosquito netting. Mr Simpson fitted a gas producer to his car which burnt wood.

I must mention transport and the thrill of my first sea trip on the “Minnipa” from Port Adelaide to Port Lincoln. The purser gave me a shoe box full of fruit to sustain me on the all day train trip . The boat trips were always fun for the group of young teachers heading for communities all over the E.P. The bitumen road from Pt Lincoln to places north was not even a dream and a rough rocky track ran alongside the railway line. The children traveled to school by horse and jinker or rode a horse or a bike.

Maureen continues: At a ball in Kyancutta in 1944 I met my husband to be Tom Heath who was home from the army suffering from a bout of Malaria. Within a few months we had decided to become engaged to marry. However the war was still in full swing and Tom headed off to Queensland for more training in preparation for a stint in New Guinea. Many letters were written while Tom was stationed there.”

Following the closure of the school at Kappakoola Maureen was appointed to Kapinnie School but that was a more difficult assignment and she had to be a strict teacher.

The war was petering out, and due to his health problems Tom received an honourable discharge and everyone celebrated Victory in the Pacific and Peace at last on August 15th 1945.

Thomas Robert (Tom) Heath married Maureen Wood on 23rd July 1946 at St Andrews Church in Balaklava S.A. They returned to share farm a property at Wudinna E.P. Post war couples everywhere were suffering as there was no housing and they were trying to live with parents or in share accommodation. Making a living was difficult in those early years and the young couple worked on various farms.

There was great excitement when their first son Christopher was born. In 1949 they moved to assist on a farm at Riverton S.A. Tom was happy and it was a time of learning and hard work. The second son Gerald Thomas Heath was born. They moved again to a share farming position at Avon and Tom felt he was making headway with a five year contract and the purchase of a small flock of sheep – however it was very hard work. Basil Andrew Heath was born at the Balaklava Hospital. When the contract concluded they moved to Grace Plains to share farm for Mr Lyons and this proved to be their greatest blessing. It was a wonderful farm and the house was comfortable. The boys all went to Grace Plains School where Mr Jarvis was a good teacher..'

Thomas Robert Heath was born in the Mallala Hospital.'

Josephine Mary Heath was also born in the Mallala Hospital. The Grace Plains School closed in 1969 and Robert(Tom)and later Josie completed their Primary school tuition at the Mallala School. The family eventually all moved away for higher education, employment and later marriage.”

In 1981 Tom and Maureen moved from the farm to live in a comfortable home on Dublin Rd Mallala. Years earlier Maureen had obtained a position in charge of the Mallala School library and when it became the Mallala Community Library she obtained that position as Librarian. She was always extremely happy and cheerful and helpful to children and adults alike. She served in these positions that she loved for 25 years.

Maureen was a devoted adherent of St Malachys Catholic Church at Mallala and served her community faithfully. She also assisted the Mallala branch of the Country Women’s Association as the historian and was an interested and helpful member of the Mallala Museum for many years. She joined sporting clubs and played golf and lawn bowls.

Maureen continued to live alone in the house on Dublin Road Mallala until in her 93th year when she moved to Flora McDonald House Aged Care complex at Cowandilla S.A. for a final year.

Maureen Heath died on 20th July 2019 and following a service in St Malachys Church at Mallala was interred in the Mallala Cemetery with her husband Tom. Rest in Peace. 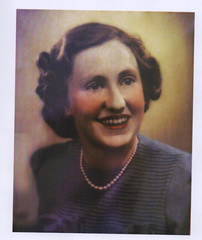 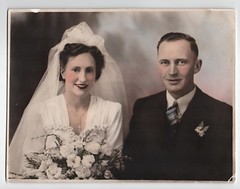 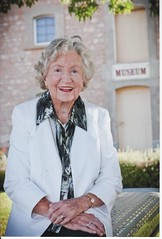 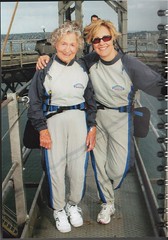 Do you remember Heath Maureen ? Then Join up and add your memory here.

This page was last modified on 8 May 2020, at 13:32.Text on this site is available under the Creative Commons Attributions/Share Alike licence; additional terms may also apply. See our Terms of Use.
About Now and Then | Places | People | Events | Organisations | Things | Contact us